We are changing! With these words Katja and Simon Metzler from the Bürgerbräu in Überlingen started the renovation phase on January 27th. They wanted to be back in mid-March with a completely new concept: relaxed, authentic, warm, unique. The planned reopening and the gastronomic lockdown coincided almost exactly to the day. Instead of presenting the new premises and celebrating with the guests, the Melzers – like all the other restauranteurs – retreated to an extended winter break.

The Bürgerbräu has always been a house of hospitality and culinary delights and has been owned by the Melzer family since the 1930s. This story should still be noticeable after the renovation. The planners of Konrad Knoblauch GmbH in Markdorf linked the historical legacy with a decent factor of coolness and coziness and thus hit the landlords’ ideas on the head. Although Simon and Katja fine-tuned it a little after the preliminary design. “That can be even more extreme,” they asked the planners. You don’t ask a designer twice. Henceforth, raw metal and black grids moved into the dining room and placed themselves in wood and leather. Apparently randomly arranged fluorescent tubes swing from the ceiling and breathe a relaxed and confident character into the restaurant. The existing wall panel was allowed to remain, but was catapulted into the 21st century with a new coat of petrol.

The bold concept demands spatial freedom. Therefore, the former two rooms became one and the entrance with the new industrial glazing was centered. 60 seats are available on around 130 square meters. The furniture, with the small tables and the rolling benches are deliberately designed to be flexible. In this way a long table or even individual table arrangements can be set up in no time.

A new breakfast area has been designed for overnight guests. The self-service counter with cooling unit, coffee machine and crockery storage can be opened in the morning using a textile roller system and closed again after breakfast. 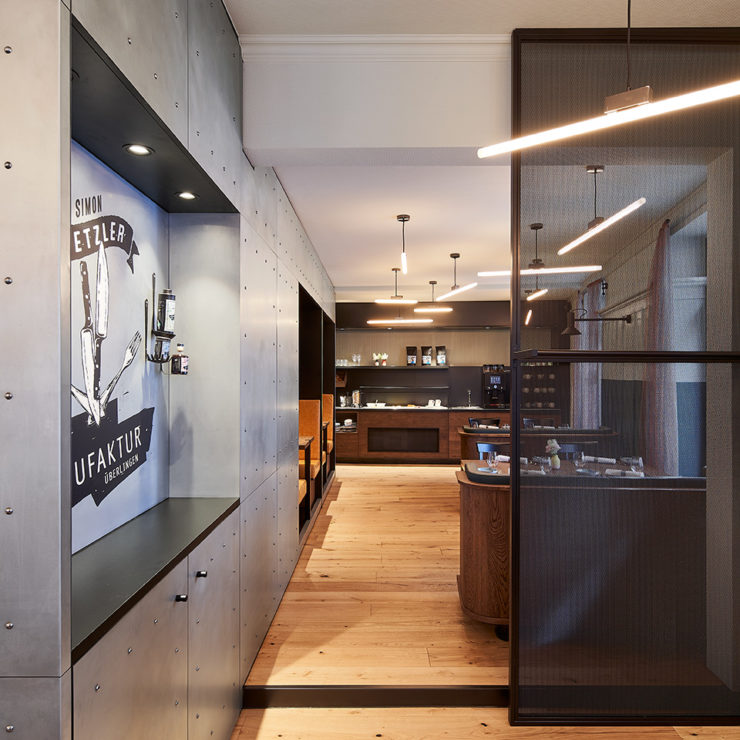 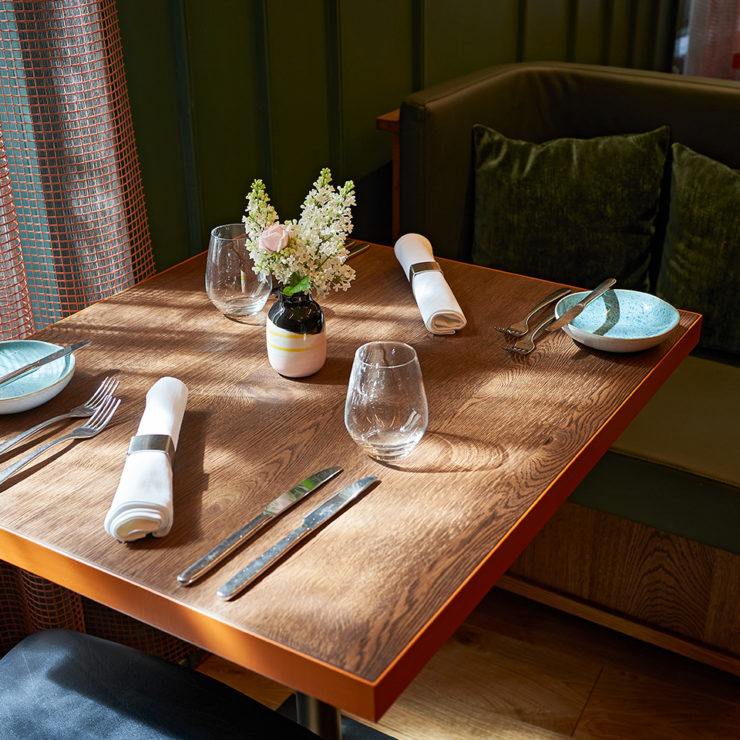 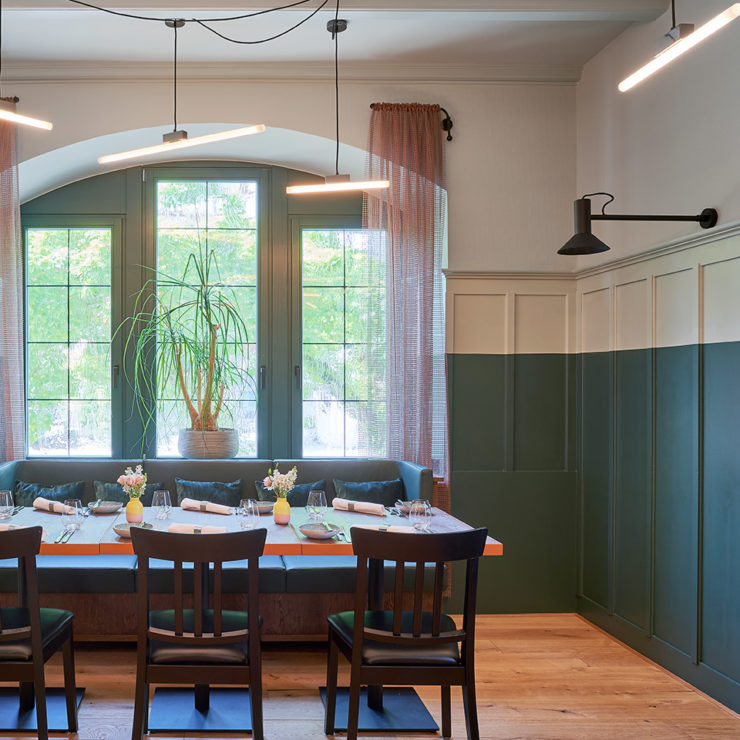