At the beginning of October and after almost three years of planning and construction, the Design Hotel Liberty in Offenburg’s former prison opens its doors with 38 rooms and suites, a premium restaurant and a very special atmosphere. Quite a challenge project for us. We managed to incorporate the sensitive heritage of the jail into the new hotel using a light-hearted and tongue-in-cheek approach.

Few people can truly empathise. In our attempt to try to understand the world of a prisoner, we discovered something that is not always easy in everyday life: the ability to see the positive side in everything.

What is the first thing that springs to mind when we think about life behind bars? Being locked up, deprivation and lost time. But initially it seems inconceivable that such gloominess also has a good side. Being locked up means protection and retreat – protection and retreat from yourself, from others and from the outside world. Deprivation calls for a focus on the essentials and thus forms the basis for luxury. Lost time, or rather too much time, means your mind wanders to distant places and freedom – a precious good for the former inmates. But a good that is not redeemable. The moment, the here and now, that is real wealth.Reichtum.

All three elements – retreat, focus and the moment – are the needs of today‘s society. And that’s precisely what the Liberty offers its guests.

The building at Grabenallee in Offenburg was built under Grand Duke Leopold von Baden starting in 1843, and it was initially able to accommodate 40 prisoners. After the failure of the Baden Revolution of 1848/1849, revolutionaries from Offenburg were also incarcerated there. The origin of the prison goes hand in hand with industrialisation in Germany, which is why we used many robust materials and dark grey surfaces. Industrial development also means that the population became increasingly prosperous. People’s eating habits changed and more meat was consumed. That is why the large grill with its brass golden hood forms the heart of the open restaurant area at the Liberty. A large and clearly visible highlight with a fine surface that stands for the appreciation of luxury. Running water is another achievement of the 19th century. Large free-standing bathtubs in the rooms and the special fittings by Axxo – also with brass look – underline the burgeoning comfort at the time.

Original elements from the former prison can be seen throughout the hotel. The old cell doors, for example, were reused. They were not used as actual room doors – for which they were simply too small – but as features next to them and as a window into the past: The hatches which the meals used to be passed through now conceal photographs of the old prison. Some of the bars were also reused, for example for the mirrors in the ladies’ toilets.

Tables were made from old beams. And even the lighting in the staircases is a nod to the building’s past: horizontal lamps look a bit like ladders the prisoners might have used to try to escape. Elsewhere, lamps were weaved into, as it were, a rope with knots – another way of breaking out of prison.

The hotel consists of two separate buildings and a new glass structure. The 38 rooms and suites are in the two wings, and the public area with restaurant, bar and lobby is accommodated in the glass cube between them. The cube serves two functions: it visually connects the two wings of the hotel and it also symbolises the former prison yard. The Brot & Wasser restaurant is run by the French top chef Jeremy Biasiol. It features stylishly laid tables and a long table made from coarse recovered oak that’s perfect for socialising.

A semi-public lounge for hotel guests on the mezzanine level is reminiscent of the former prisoners’ common room. There is a conference room on the second floor. A giant bookcase across several floors improves the acoustics of the glass building while also picking up on the time theme: time for reflection, time for a good book, time to live in the moment. You might suspect there to be a carpet in the lobby. And you’d be right, but it comes in the form of a pattern milled into the concrete floor. While it has no colours, it also has no borders and no tripping hazards. But there is definitely no lack of comfort.

Two or three former cells were combined to create one room. Some rooms were partitioned to reflect the size of the original cells and give you a feel for the cramped conditions the former inmates lived in. At the same time the transparent partitioning wall that separates off the sleeping area lends a sense of comfort and security. The characterful features include free-standing bathtubs, but also the homely washing areas as a whole with its mounted washbowls.The walls are decorated with the works by the artist Stefan Strumbel from Offenburg. They show Strumbel’s interpretations of the captivity and freedom theme.

The jail atmosphere gave way to an absolute feel-good atmosphere. Liberty is a member of Design Hotels, an association that represents and is responsible for the design of some 270 selected hotels in 50 countries. Each hotel reflects a specific idea, vision or story and stands for genuine hospitality, cultural authenticity, and exceptional design and architecture.

From the beginning of 2015 until spring 2016, we supported the hotel operators with concept and planning. Furthermore, in November 2016 we also took on the creative and construction management and general contracting responsibilities for the entire hotel. The development was implemented and completed within just six months. And we  also developed the furnishing concept and supplied the designer furniture from our own showroom in Markdorf. 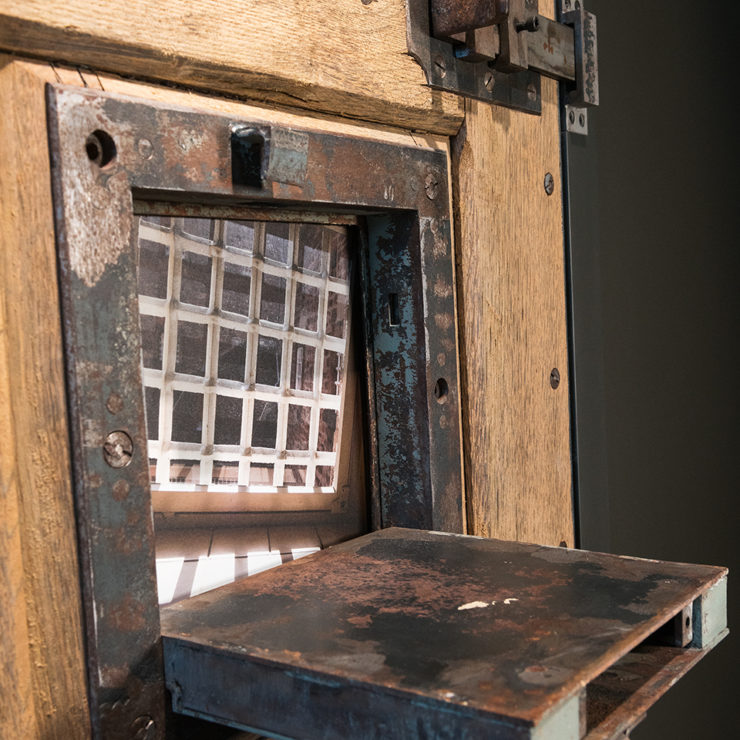 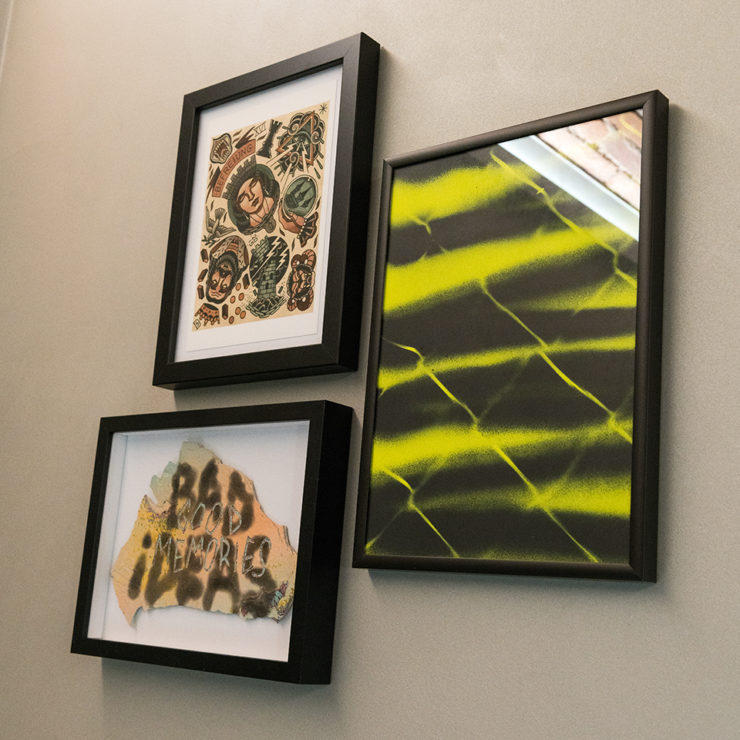 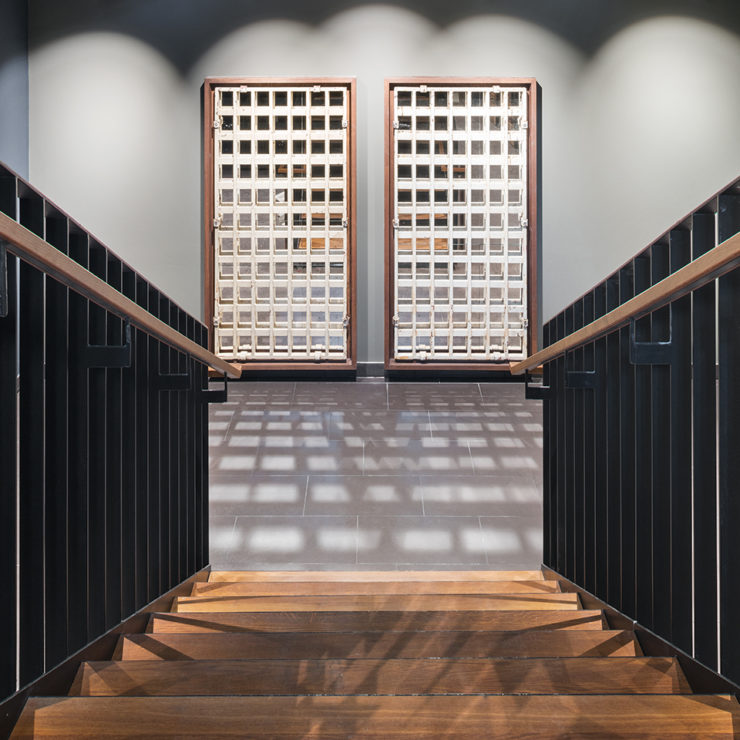 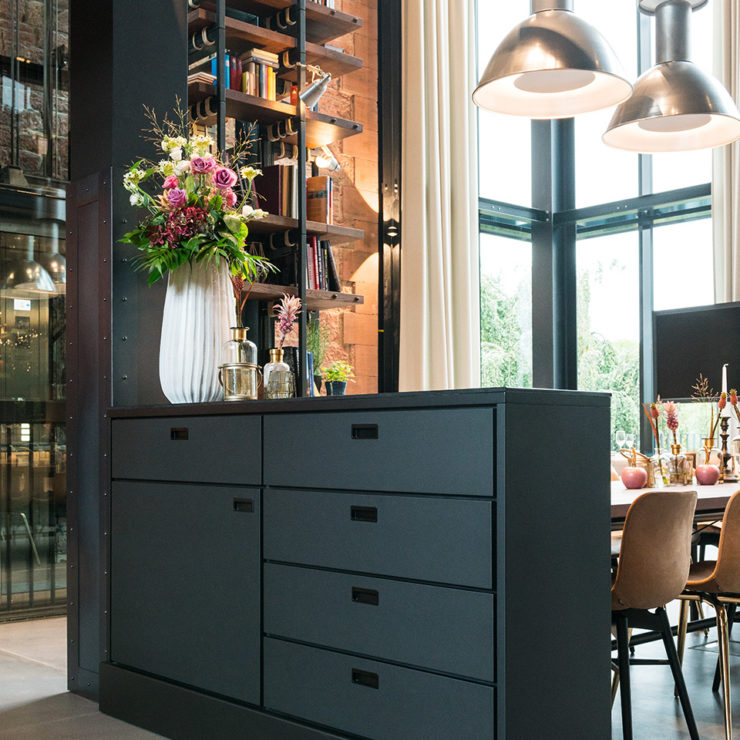