WHERE SPORT IS NUMBER ONE

At Gigasport in Brunn am Gebirge, sport is number one and so the standards were high to reflect this when it came to redesigning the 4000 m² store. From the wide range of attributes which arose during the briefing, two were taken on board and were encapsulated in the design proposed by the planners from Konrad Knoblauch GmbH: creating spaces and exclusivity. The existing corporate design and striking architecture of the building, which is around 20 years old, was also actively integrated into the design. The Gigasport colours are reflected in the design and the 60° slope, which represents the typical character of the building, was also integrated into the spatial design. This allowed the dynamic structure of the building and resulting influx of light to be emphasised and brought into harmony with the visible roof structure and ventilation pipes.

In order to live up to the requirements stipulated in the briefing, the layout and routing were revised initially. The formerly static layout was modified to create a lively arrangement which deliberately yet discretely directs customers to all areas of the space. Wall elements and furnishings are repeatedly used to divide the space into zones and at the same time, create a link with the ever-recurrent 60° slope through the consistent use of forms. Special areas such as for adapting ski boots or running shoes are situated within boxed areas with slatted or lattice sides. The semi-transparent walls create a deliberate separation yet also provide a glimpse of the space inside.

The Run and Fitness collections are divided into genders for improved navigation and the approx. 200 m² large and very popular children’s area has deliberately been positioned as a space-defining structure. From the entrance area, highlighting lamps in the ceiling lead to the information area which links directly to a stepped presentation island.

The company logo has been translated into 3D in the furniture design. The floor space with its typical 60° slant has been expanded in volume and rotated in all directions. This has given rise to elements which generate rooms within the space.

Thanks to the colour accents within the wall design, the 5m high walls create a special atmosphere. Adapting the design to the furnishings is an elementary component in the consistency of the Gigasport design.

At Gigasport, this theme is conveyed through an overall sense of harmony and higher-level service concept. The materials selected radiate high quality and a rugged composition: silver painted OSB panels, shiny black spruce wood, non-slip structured materials, black and orange lattice walls and wooden slats. The arrangement is topped off with elements taken from the product portfolio and elements re-organised as a result of the redevelopment – a concrete look flooring, visible roof structures and ventilation pipes. The front of the counter in the service area is covered with a thick and wave-shaped layer of rubber – in addition to its visual effect, the front also serves as a bike or ski stand.

A particularly eye-catching feature is the large shoe wall which offers space for around 300 shoe models. The upper part of the wall is used to present the shoes and below are drawers which pull out one metre. They are used to store shoes of all colours and sizes. Customers can easily navigate their way around the wall without having to be dependent on the service staff.

Gigasport introduces this service wherever it is indispensable. Not least in the new café where the Gigasport design is featured throughout 70 m² space with the aim of encouraging customers to spend longer in the store. The plan took off: “It really warms my heart to see how much at home our customers feel here,” says Branch Manager Andreas Enzelsberger. Specially appointed barista staff treat the guests to delicious coffees and snacks. The breakfast offer has been particularly well received. The café is well visited even by non-shoppers because there are few other places to stop off for a refreshment break in the immediate surroundings. This combination of retail and gastronomy has enabled Gigasport to broaden its customer portfolio. 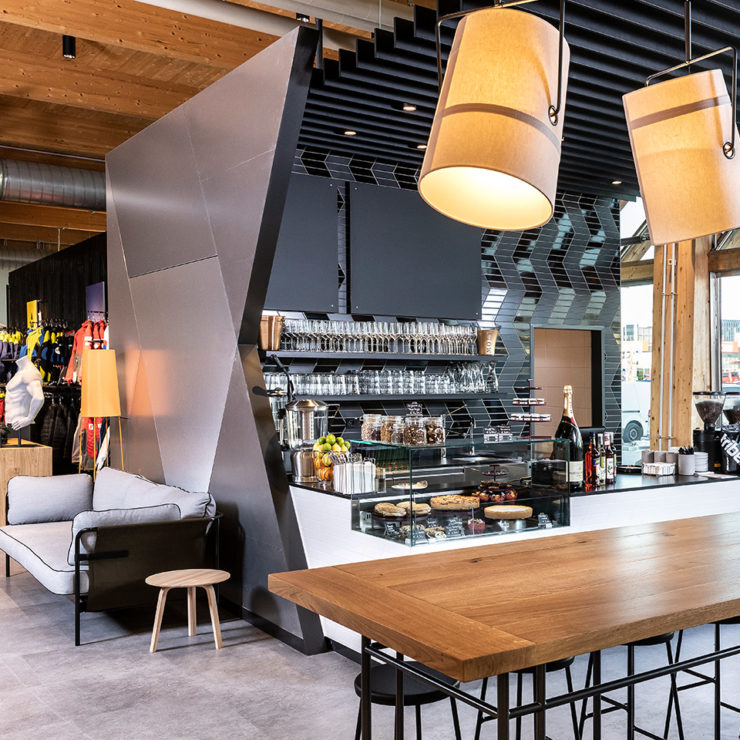 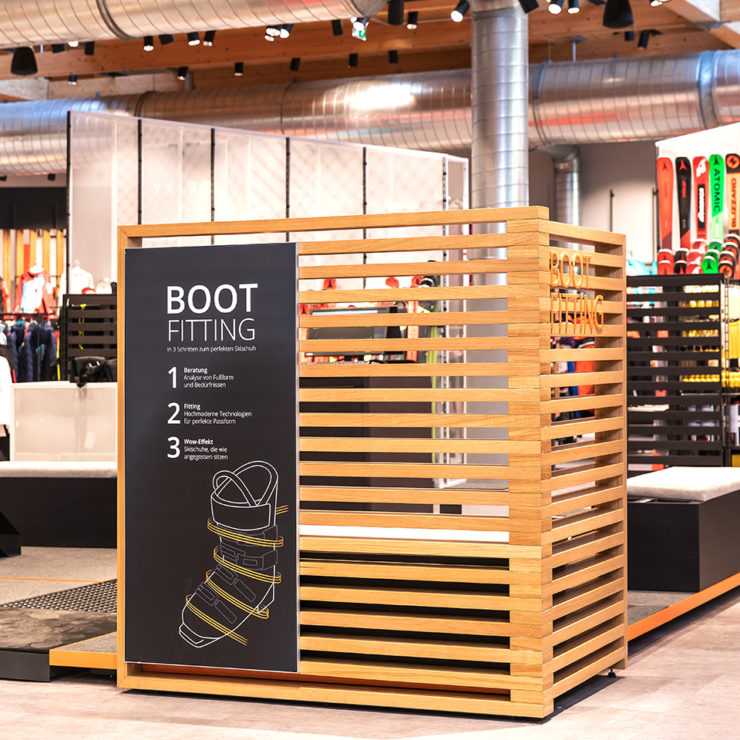 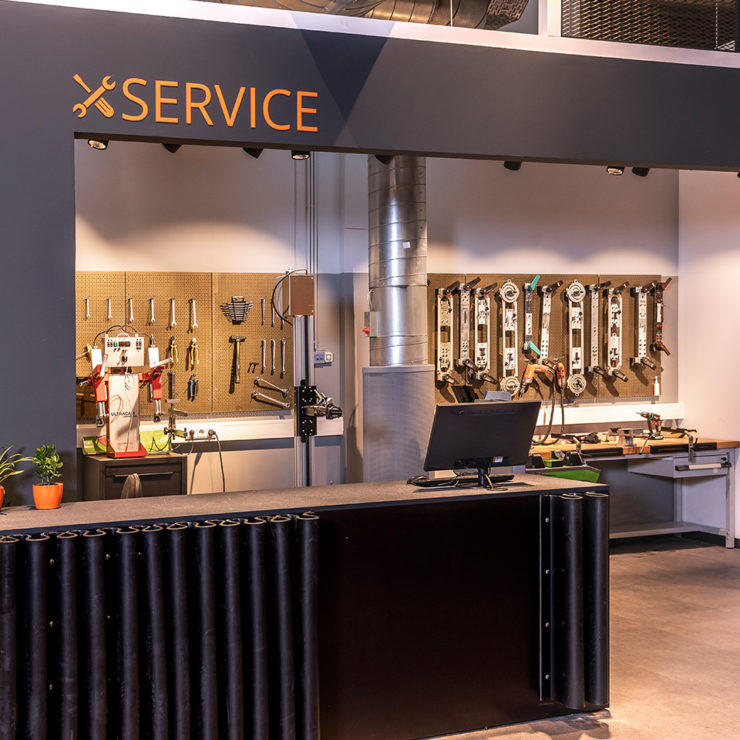