Paris, New York, London, Tokyo, Los Angeles, Shanghai. These six metropolises of the world are united in Middle Franconia on 30,000 square metres and packed into the new office arena. We, coming from a small town called Markdorf on Lake Constance, have translated the spirit of the big cities into various spaces. Sounds like a big deal? It is. The approximately 2,000 workplaces can be accessed via the huge entrance hall which itself can be accessed via a kind of players’ tunnel. Just like entering a real arena.

Spacious stands frame the impressive foyer just like in a stadium. From there it goes up to the upper floors where the offices and common rooms are located. And this is exactly where we encounter the play with the cities. Each work area has its own urban design theme and, thus, intuitively facilitates orientation on the floor.

The striking kitchen islands differ in shape, colour and materials used, and mark the entrances to the individual areas. While the London section features raw steel and thick timber planks, Paris is shown in a green-and-white tile dress. Even the suspended ceiling sails are designed in different geometries and underline the character of the metropolis which is the inspiration for each specific area.

The entrances to the work areas are all equipped with small kitchens and locker walls with a total of more than 3,000 lockers. The design concept is complemented by partition walls which are designed like wall units and, with the associated suites, give the office space a high sojourn quality.

Okay, let’s get to the point again. The reception counters, vintage furniture and stands in the foyer, the hairdryer stations on the ground floor, the kitchen hubs with ceiling elements and the locker walls with lockers, room dividers, equipment for the magistral rooms, the executive area and the Techzone as well as the wall coverings and painting work in the highlight zones were all made by us. Wow. After only ten months, the office arena shines with a sporty, urban flair. And what do we get out of it? A happy customer. And—what is just as important—a lot of happy customer employees who confirm us in our conviction: That spaces have an effect on us and that meaningful spaces let us be successful. 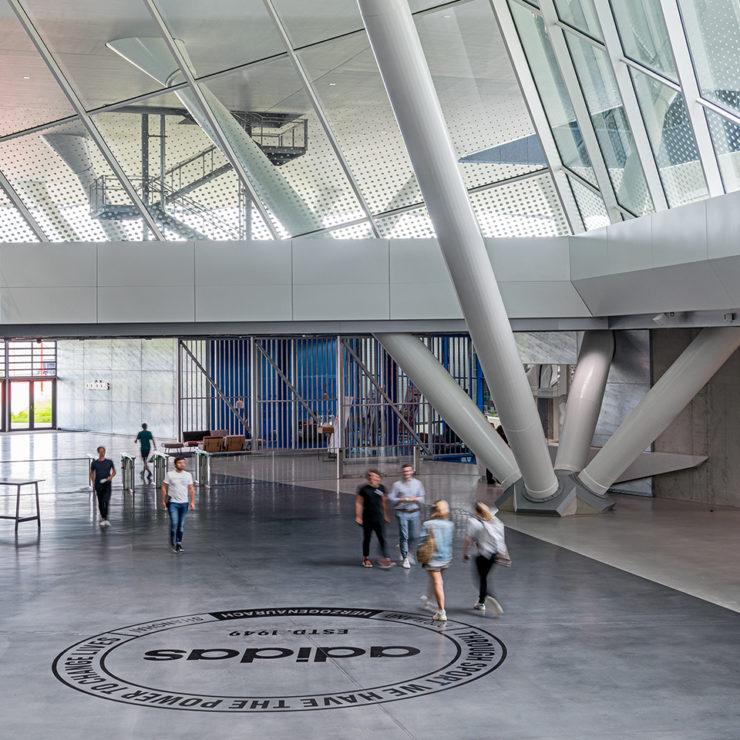 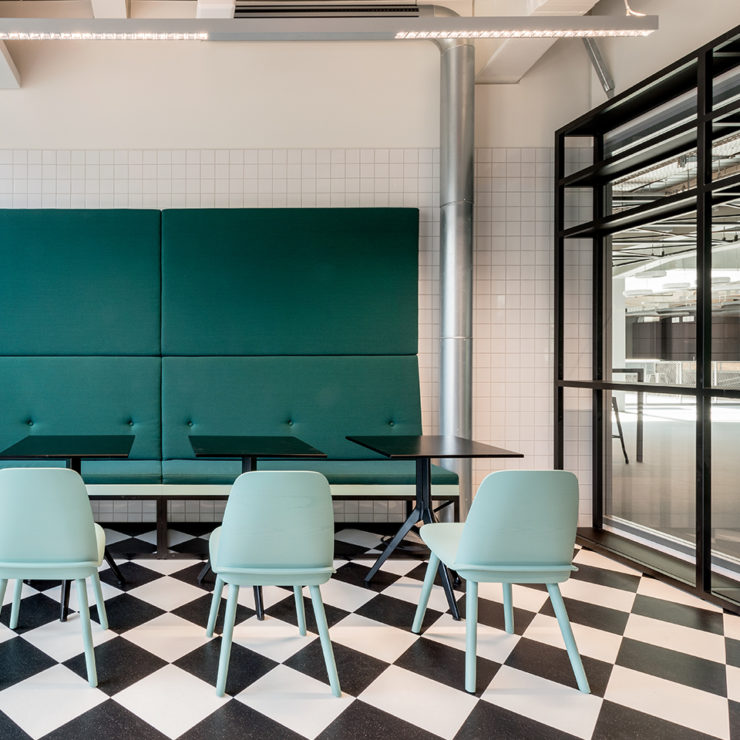 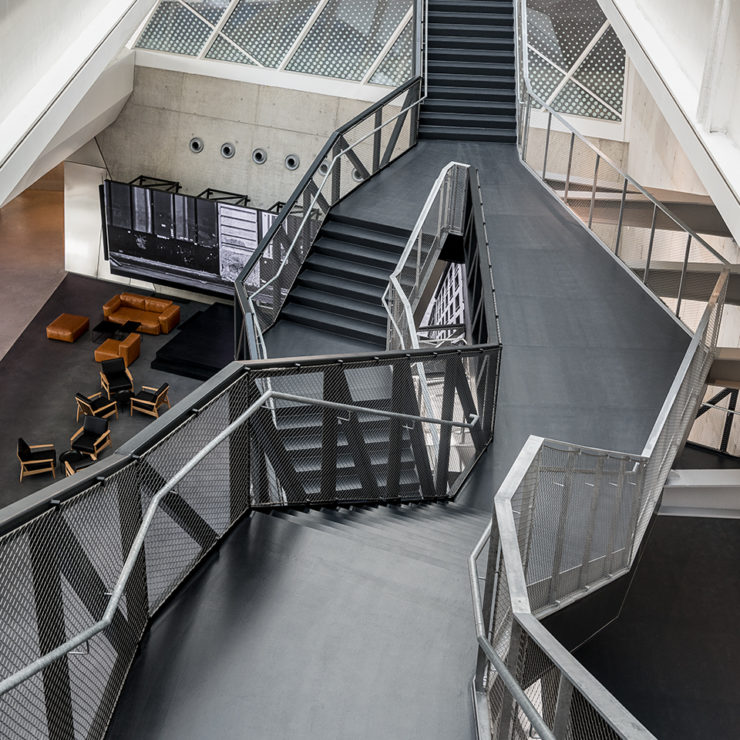