A FORMER STOREHOUSE BECOMES A MODERN SPORTS SHOP. WITHOUT RIGHT ANGLES BUT WITH A COSY ATMOSPHERE, FINEST COFFEE AND PANORAMIC VIEW.

“Keeping the old structures in combination with new ones” was the motto of the new store concept for the 3000 m² sports shop. Despite the lack of statics in the big industry hall we achieved an interesting symbiosis between the harsh hall character, natural materials and an urban, sporty flair.

There appear to be no right angles, the new installations are deliberately tilted, and there are no rigid parallel lines. Five self-supporting bridges define the large bicycle area, which serve as an additional 180-metre long presentation area.

It took only five months to transform the former East German industry hall into a modern sports shop. A second floor was added as an additional presentation area and to accommodate Café Elb-Lodge with its fantastic panoramic views. Merchandising systems are fixed on an assembly board that frames the hall. All other fixtures are self-supporting due to the deficient statics of the old hall. 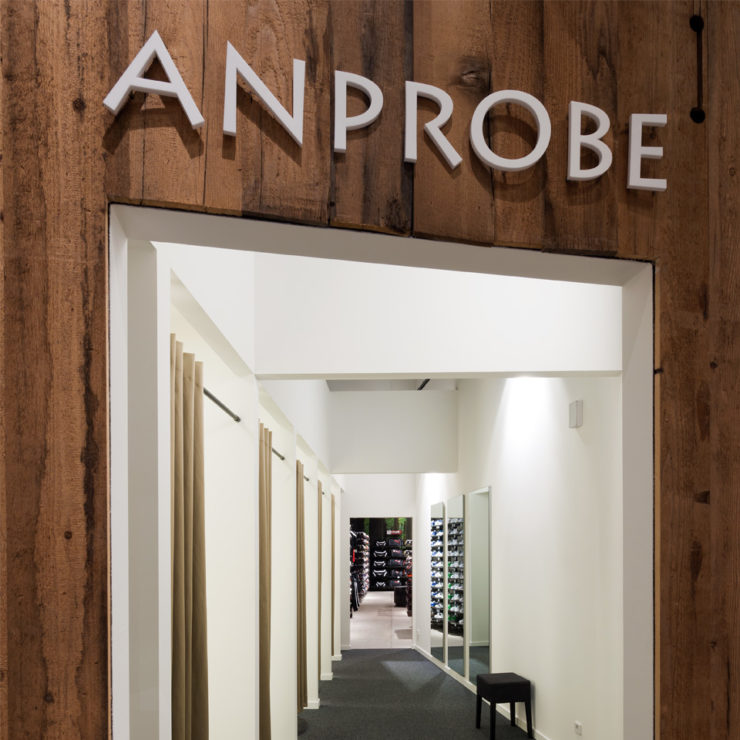 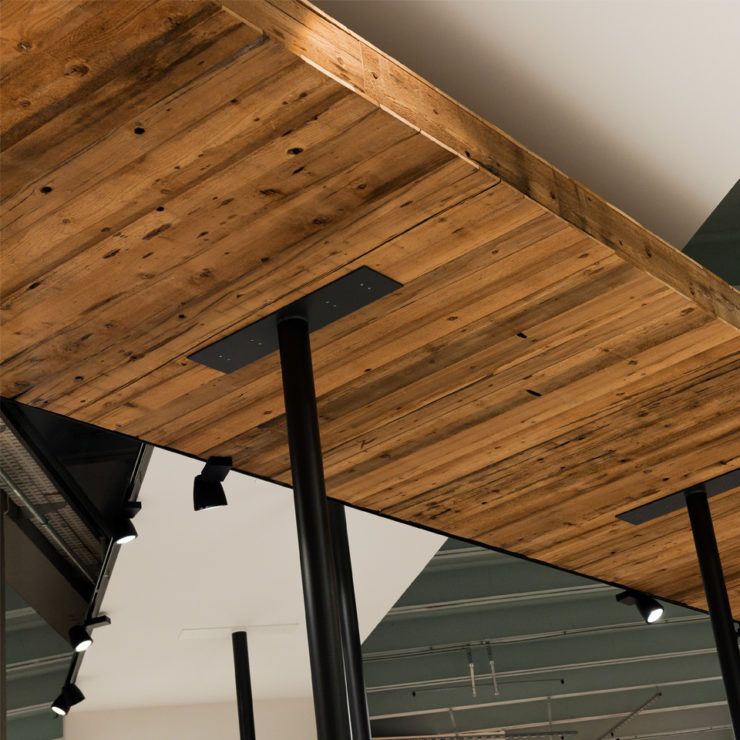 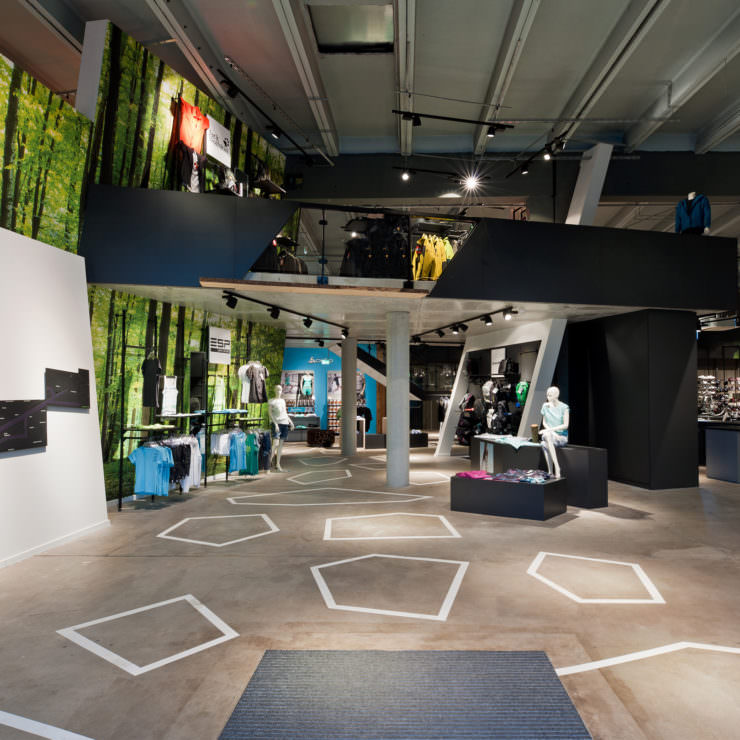