The fashion chain Robert Ley has completely redesigned its 1500-square-metre store in Euskirchen on the occasion of its 125th anniversary. The two areas for women’s and men’s fashion are accommodated in two halls connected by two light-flooded passages and clearly set apart by contrasting materials and colour schemes. While the ladies’ area features light colours and the back walls are only slightly tinted, the men’s area is dark and given extra emphasis by the metal walls. The brick wall typical of Rhineland architecture is almost monumental here – a floor-to-ceiling, curtain-type real clinker brick element.

Oak wood, generously integrated into the central ceiling panel and the walls to form an overarching block, not only serves as a connecting element between the two areas, it also brings warmth and atmosphere to the store. There is a staircase above the entire width of the sales area, which serves as a landing and seating area, and goods are presented on specially made stepped bars. Another highlight is the central coffee bar, which catches the eye with its clear design language and material combination of wood and black steel. The cubic cash desk in the entrance area is also a real eye-catcher with its structured copper front and a projecting storage surface.

The façade of the 1970s complex was also modernised based on the same architectural concept, creating a harmonious overall picture.

The Robert Ley clothing company is based in Euskirchen and has 17 branches in North Rhine-Westphalia, Rhineland-Palatinate and Hesse. The company has around 600 employees and sells high-quality branded clothing under various branch concepts. 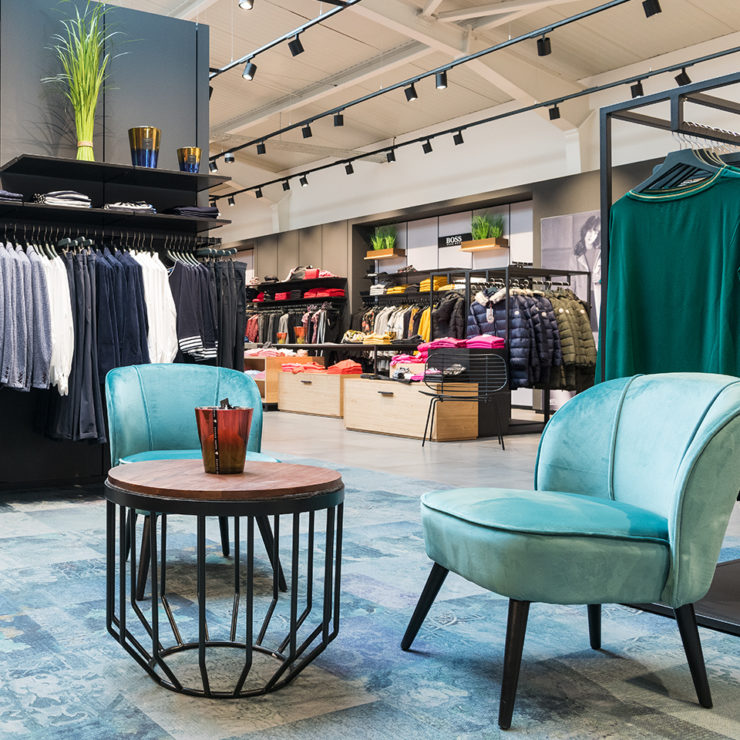 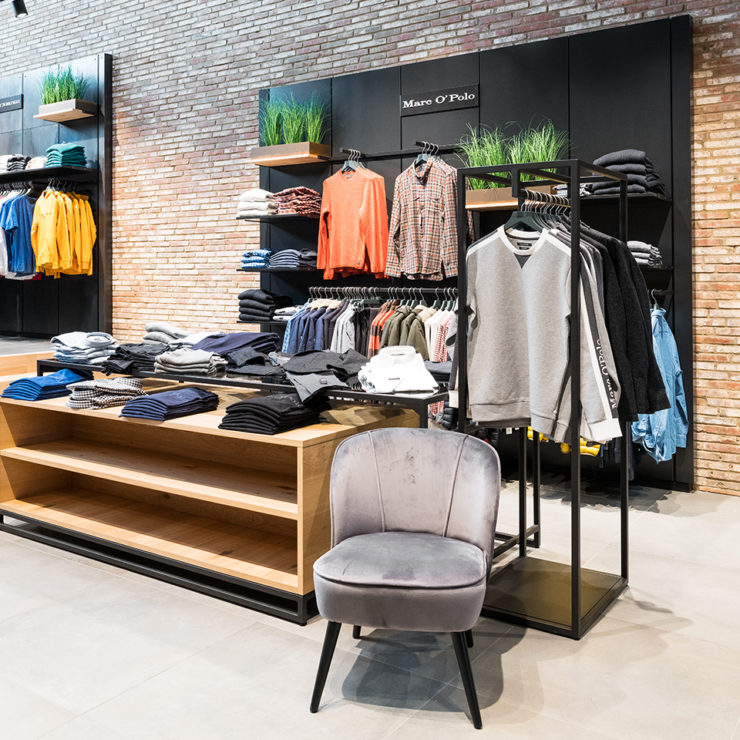 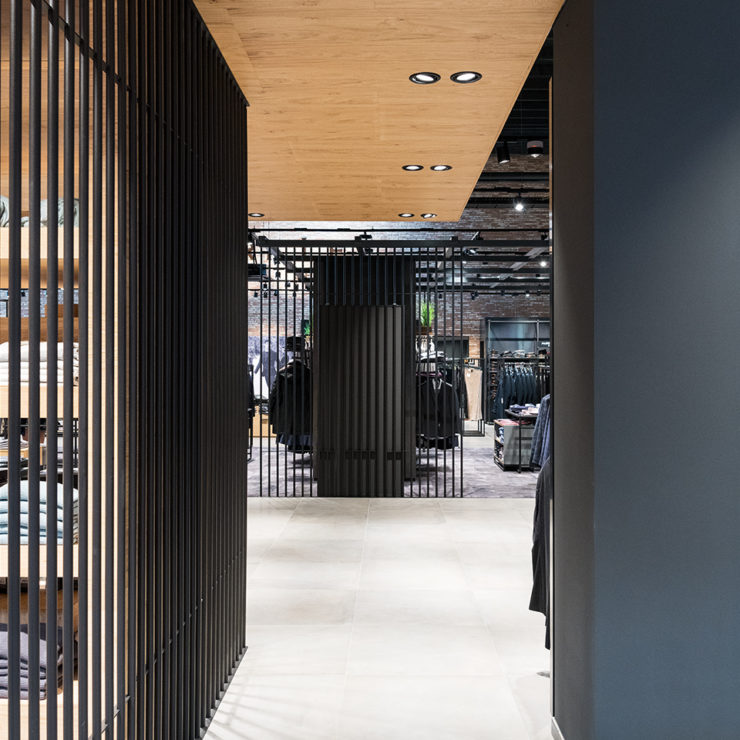