A HOLISTIC CONCEPT FOR ARCHITECTURE AND STOREDESIGN

The bicycle shop Nerz in Tuttlingen is well known in the town and beyond. The store is now stepping it up a notch and is building a new hall for their many bikes and the extensive product range. The architecture and the store concept work in harmony, and the cubature of the building reflects the new layout of the sales area. The synergistic effect is further accentuated by the company colour yellow, which is used both on the façade and in the interior. The large yellow graphic on the hall wall is a definite eye-catcher: the head of a biker. The round windows are playfully integrated into the picture as spectacle lenses.

In the store itself, the yellow colour is also used as a customer guidance element. As a floor covering, it is the connecting element between the old and the new building and it is used to emphasise landings and wall surfaces. Stylised paint strokes on walls and furniture symbolise the routes of cyclists.

Black steel creates a great contrast to the sunny yellow and represents a connection to the hall construction; at the same time it stands for the original material of the bicycle and the company’s own workshop service, which is a central element of the philosophy of Nerz. The OSB panels used on many walls are also reminiscent of the workshop idea and are a nod to the rooms of the DIY enthusiast. It’s Nerz’s tongue-in-cheek way of conveying their idea of successful teamwork. 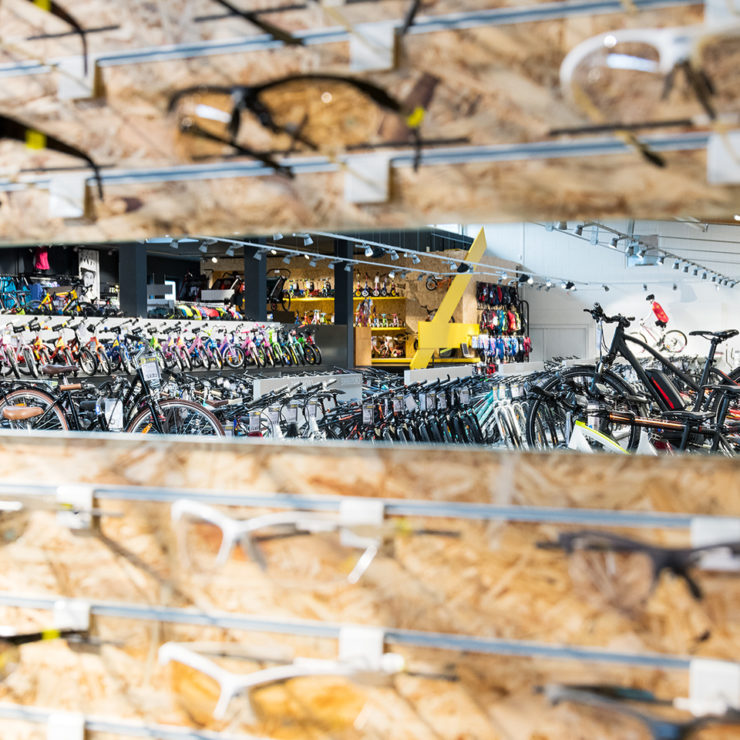 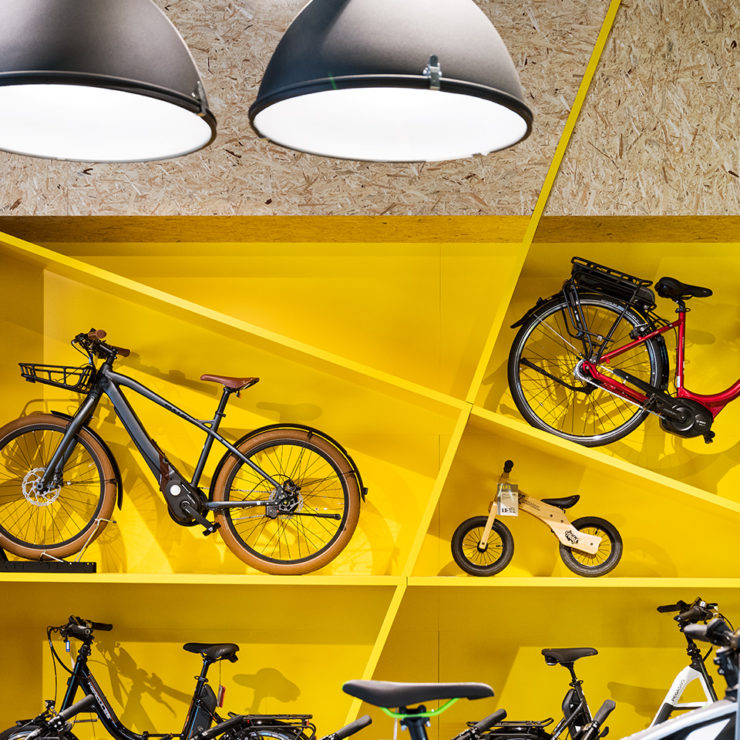 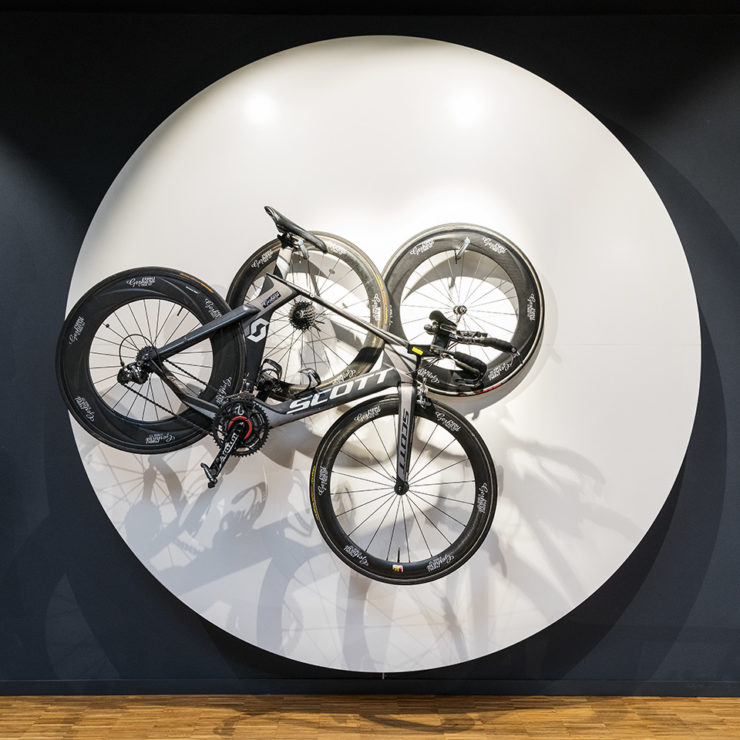