Passionate and spontaneous. These two words characterize Sport Klöpping. And they also describe the rebuilding of the sports store. On around 1400 square metres, the sports giant shows that creative ideas, a dose of courage and a relatively small budget are enough to create a great shopping experience. Cautiously and with the budget in mind we startet the planning together with owners. The existing exposed concrete and white bricks were integrated into the new concept and so were some eighty percent of the existing furniture.

The old materials were skillfully combined the new elements. The concept of the three-story sports store is simple and modular, allowing the retailer and its team to carry out the majority of the conversion themselves. On site, euro-pallets were stacked up to create tables, spruce planks were used as wall panelling and clothes are suspended on chains in the staircase. Pre-designed stencils were used to write cheeky slogans onto furniture and walls. In the toilets, the developers themselves picked up a white pen and scribbled lovely pictures and texts on the dark walls. The cabling, some of it visible, is a work of art in itself.

There are two huge eye-catchers at Klöpping: Ceiling-high wooden letters indicating the cycle area (the belly of the capital letter D accommodates a cosy sitting area…) and the large yellow slide.

Intersport Klöpping stands for enthusiasm and competence in the areas sports, fashion and bike. Since 2011 the family has been running a second store in Wittenberg. 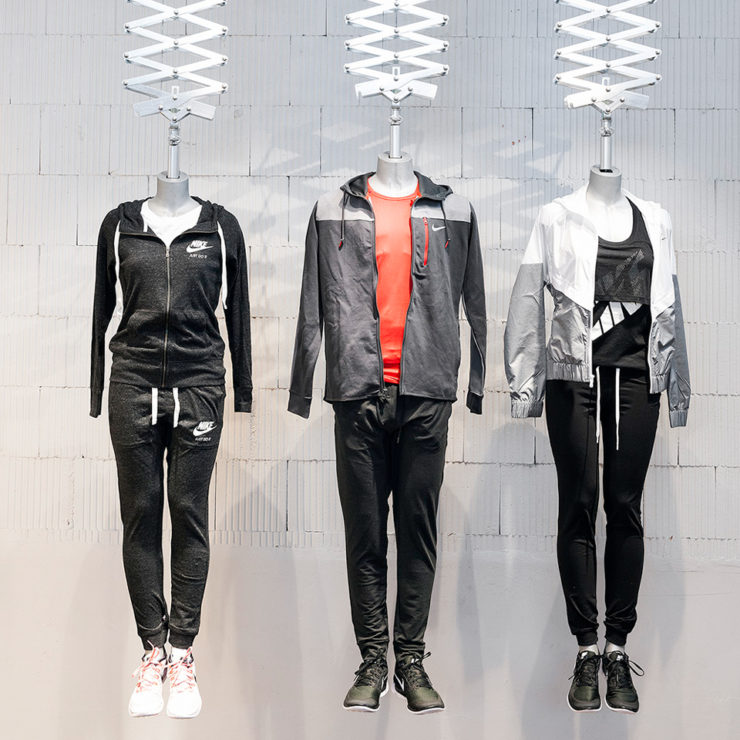 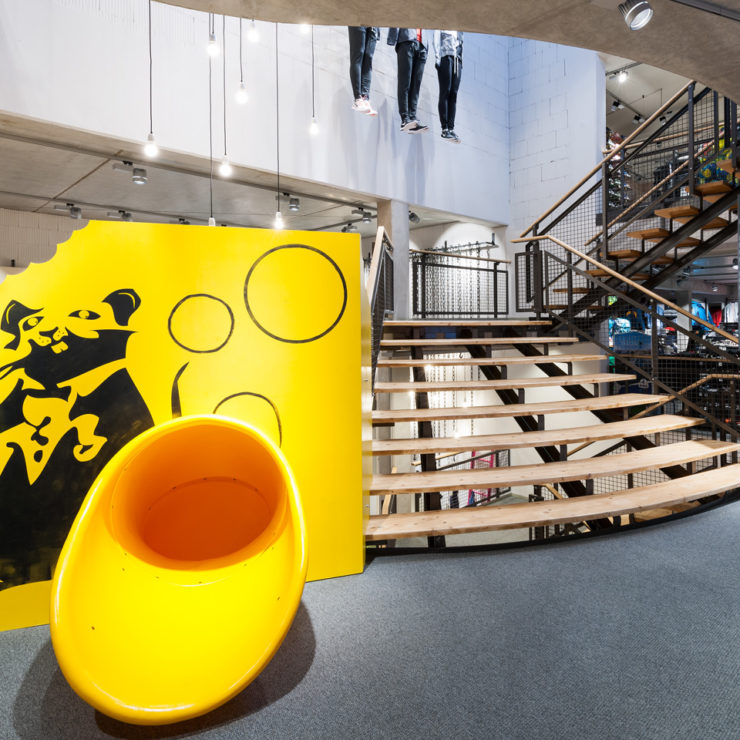 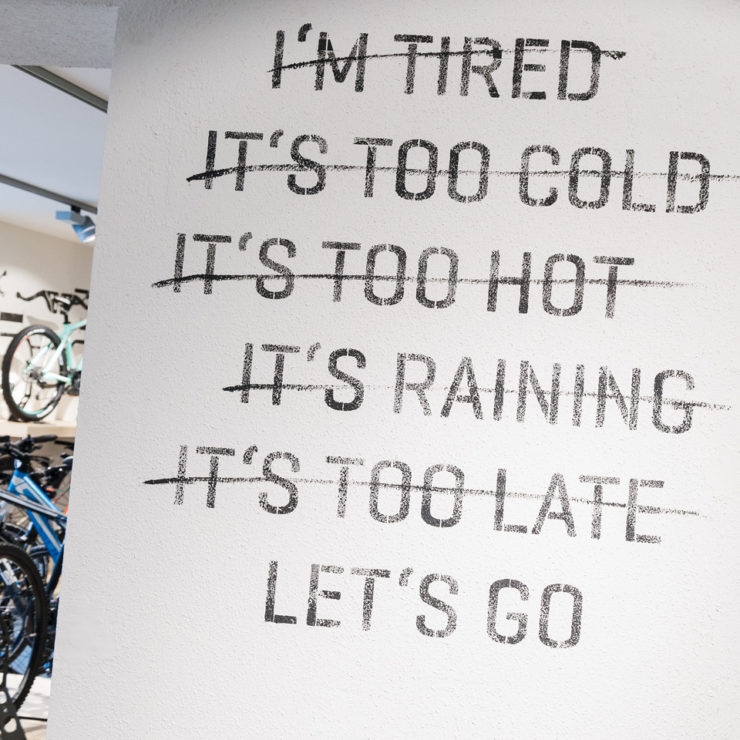